A majority of new cars in the market currently do not have the safety features required to earn the Insurance Institute of Highway Safety’s highest crash test ratings. While a handful of manufacturers, such as Honda, Volvo and Subaru, have made some strides in better protecting their vehicles in crashes, most other major manufactures, including General Motors and Ford, are lagging behind, according to the Insurance Institute. In recent crash tests, only 22 current models managed to get the institute’s coveted “Top Safety Pick” rating. A total of 139 other vehicle models that were tested failed to get any safety endorsement from the Insurance Institute.

Japanese automaker Honda fared well in the tests, placing six of its vehicles in the Top Safety Pick list. Among the Honda vehicles making the cut were the Honda Accord, the Civic hybrid, the Acura MDX and RLX, and the Odyssey minivan. Other vehicles that earned the top safety rating included the Ford Fusion, the Lincoln MKZ, the Toyota Highlander, late model Prius vehicles, the Volvo S80, S60 and XC60 and the Mazda6 and CX-5. Mitsubishi’s Outlander, the Mercedes-Benz M Class and the Infiniti Q50 also placed well in the safety institute’s list of vehicles with the best safety features.

Somewhat surprisingly, two of the world’s largest automakers, General Motors and Volkswagen, managed to place just a single car each in the top safety pick list. GM managed to place only its Chevrolet Spark in the last test, while Volkswagen eked out a presence with its 2014 Passat. Meanwhile, three of the world’s most coveted luxury brands, BMW, Lexus and Cadillac, failed to get a single vehicle on the list.

Part of the problem stems from the tougher car crash test ratings requirements from the institute. To get a Top Safety Pick rating, cars are now required to earn a “Good” rating in at least four crash tests and have an “Acceptable” or “Good” rating in small overlap crash tests involving the front corner of vehicles. The institute now also requires cars to have at least an optional forward collision warning system in order for the vehicle to qualify for a top safety rating.

The requirements are more stringent compared to previous crash test ratings for cars. They are likely to get even tougher in future, with the institute seeking to make the forward collision warning system a standard requirement for its top safety rating. The institute is also considering making other safety features, such as automatic braking systems and adaptive headlights, which turn with the steering wheel, standard requirements for all cars.

The goal is to get car manufacturers to pay more attention to car safety features that really make a difference, according to the insurance institute. Crash test results have shown that some safety features can prevent or dramatically reduce the severity of certain types of accidents. Forward collision warning systems, for instance, reduced vehicle-to-vehicle frontal crashes by nearly eight percent. When the system included an automatic baking systems, crashes were reduced by 15 percent. 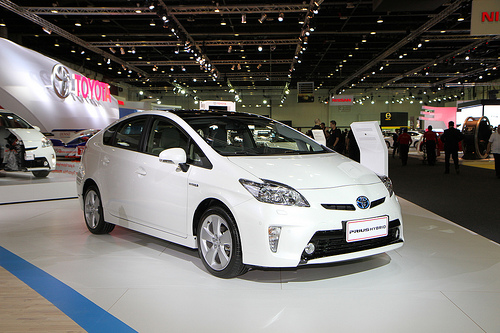