Self Driving and Parking Cars

Self driving cars have long been a fixture of sci-fi movies and books. And, though they’ve long existed in the fantasy realm, real life examples of driverless cars have remained just that: a fantasy. A new breed of cars, with new ideas, new technology, and new engineers are working to make that dream a reality, however. That said, let’s take a look at a few recent developments in the driverless car phenomenon.

Delegated to the Luxury Car Market 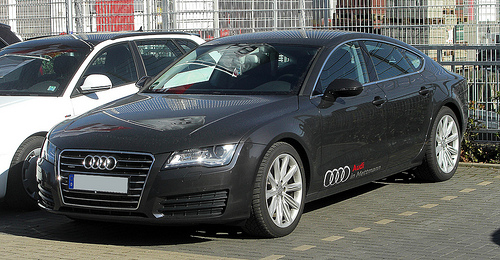 The eventual proliferation of driverless cars really starts with the near-future technology of self parking cars. Though self-parallel parking cars have existed for a few years now in the luxury market, a car that truly parks itself will soon be coming our way if companies like Audi have their way. Audi has created an A7 that, thanks to a very large amount of commercially available sensors and cameras, can drop off its owner, park itself in the garage, and be summoned to the entrance by a click on a smartphone. Though the car can actually navigate up race courses like Pike’s Peak, and drive on a highway safely, Audi doesn’t believe that this technology will be available any time soon for mass consumption. The parking software alone is at least a decade away from being integrated commercially, says a representative from Audi.

Nissan has also recently created a self driving car, the Nissan Leaf. The Leaf, already somewhat of a technological marvel as it is completely electric, has recently begun incorporating self-parking and driving technology in its design. Already the prototype Leafs can drive around parking lots looking for open spots, and they’ve developed low-speed self-driving programs that have, so far, performed flawlessly. 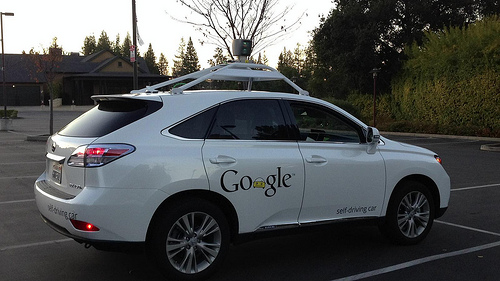 Perhaps the best known example of the technology is the Google self driving car. Really more of a hardware and software package than an actual car, the first Google driverless car is actually legally on the road in Nevada already. A heavily modified Toyota Prius, the Google car uses a lot of technology based off its Google street view and maps programs. Google has logged over 300,000 miles on public roads with its self-driving cars, and, typically, have 10 or so on the roads of California and Nevada in testing at any one time. Google isn’t planning on getting into the auto manufacturing business anytime soon, though. Rather, they eventually plan on selling the programs to existing manufacturers, though concerns over laws and liability mean Google’s not planning on the platform being used for at least another decade.

The self driving car is most likely an eventuality. Sooner or later, people will largely cease from driving their own vehicles. The reasons are multitude, from increased time to complete other activities, to saving fuel, decreasing travel times, increasing safety, and relieving traffic congestion. Though flying cars may have never worked out, the self driving car will be coming to automobiles sooner or later. Don’t expect it in the next few years, but be OK with the fact that, someday, you may be telling your children about these novel devices called steering wheels.