Tennessee car shipping companies can help you transport your car from the state to any destination within the country. Most major car shipping companies in the state are licensed for interstate operations and are experts at hauling cars and other vehicles to different regions in the country. Tennessee car shipping firms can reduce some of the stress associated with relocation by helping you move your car in a cost-effective and safe manner.

Moving to the Volunteer State

Tennessee is located in the southeastern United States in a part of the country that experiences fairly severe weather during the summer months. The state shares a common border with eight other states, including Kentucky, North Carolina, Georgia, Arkansas and Missouri. The landscape in the eastern part of the state is dominated by the Appalachian mountain range, while the western border features the Mississippi River. Tennessee, which is also called the Volunteer State, is the 17th most populated in the country, with a substantial majority of people clustered around Memphis and Nashville.

Auto transport companies in Tennessee, and elsewhere around the country, offer customers a range of options for shipping their vehicles. Most Tennessee car shipping firms, for instance, will give you the choice of shipping your car in an open carrier transport or an enclosed carrier. An open carrier is the cheapest and most commonly used method of shipping cars in the country. With this option, your car will be shipped in an uncovered car carrier along with multiple other cars. The option is generally considered safe, but your vehicle will be exposed to adverse weather conditions as well as roadside grime and debris during transit.

Options for Shipping Your Car

If you have an expensive vehicle or are concerned about your vehicle getting damaged during transit, ask your Tennessee car shipping firm to transport your car in an enclosed carrier. An enclosed carrier costs more than an open carrier, but offers far better protection against damage during transit. Tennessee car shipping firms also offer you a choice of door-to-door shipping as well as terminal-to-terminal shipping. The former option is convenient because the shipping company will pick up and drop off your car at your front door. With terminal-to-terminal shipping, you will be required to drop off and pick up your car at the shipping company’s transportation terminal. However, this option is usually cheaper than door-to-door shipping.

How to Select a Car Shipping Company

Regardless of the options you choose, there are several factors that you need to consider when choosing a Tennessee car shipping company:

By using a Tennessee car shipping company to transport your car, you can save yourself a lot of effort and, also, significantly reduce the stress involved in relocating to a new place. 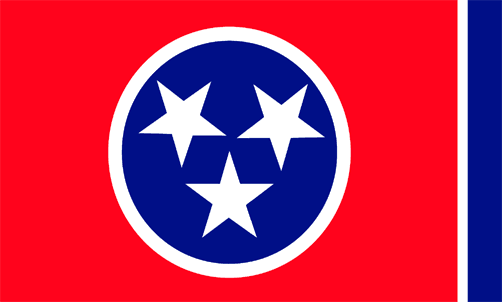